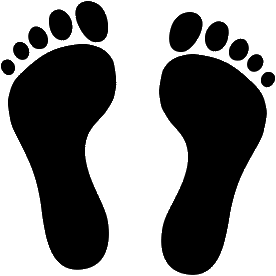 The Advertising Standards Authority (ASA) has published its adjudication on the third and final of our reflexology master complaints.

The website of Tamsin Marshall Reflexology was chosen as one of three reflexology websites for our master complaint because of the broad range of questionable claims being made. Two of the pages carried long lists of conditions under the claim that reflexology "can be used in the treatment and relief from" them.

Given that reflexology apparently involves nothing more than pressing different areas of the feet and hands, we challenged whether this therapy could actually help the conditions named and whether the claims on the website could have the consequence of discouraging people from seeking essential medical treatment.

The ASA additionally challenged whether the efficacy claims in the customer testimonials could be substantiated.

The evidence submitted by the website owner in support of the claims on her website did not meet the standard required by the ASA and the complaint was upheld on all four points, identifying a total of 24 breaches of the CAP Code.

We note that some amendments to the main text of the Tamsin Marshall Reflexology website have been made recently and that cancer has been removed from the list of conditions on the About Reflexology (cached) page. However, the website still carries the claim that reflexology can be used in the treatment of many serious conditions including asthma, "eye and ear disorders", endometriosis and polycystic ovary syndrome. It also still carries the customer testimonials that the ASA had objected to.

As it is now eight months since the ASA's remit was extended to include websites, some six months since this practitioner was notified of the complaints and a fortnight since she was notified of the adjudication, it is surprising that she has made little progress in making her website comply with the standards of truthfulness required by the ASA, so that we as consumers are better able to make an informed choice.

We are encouraged, however, to note that the first of the reflexology websites we challenged, Jackie Ginger Reflexology, which was adjudicated on two months ago, has now been amended accordingly, which shows it can be done. The other website we complained about, The Reflex Clinic, is still down at the time of writing.

The ASA continue to work with those responsible for the long list of other reflexology websites we supplied and with the relevant reflexologist trade bodies. This process will take time, but we are confident that the ASA will succeed in ensuring that these websites become legal, decent, honest and truthful — as they should be.

For example, we came across a blog called Reiki Medicine [sic] with the story of complaints made to the ASA about the website of a reiki practitioner in Newcastle. We are told that the complaints are believed by the practioner in question to have "originated with the Nightingale Collaboration" and that she "expressed concern about skeptic groups in effect dictating the work of the ASA because of personal beliefs rather than in the best interest of the general public".

We don't know whether the complaints about this particular website were inspired by the Nightingale Collaboration or if the complainant was assisted by the information on our website. What is clear is that there were a number of very questionable claims on this particular website, beginning with, "Reiki is believed to have many beneficial effects by: Treating the symptoms and causes of illness…" and that one or more members of the public objected enough to take the time to complain about them.

The result is that these claims have now been removed from that website, whose owner advises other practitioners receiving complaints:

…to not take it personally, and to view it as a challenge rather than as an attack… This is an opportunity to be clear about our own information and intention, and to demonstrate a professional and reasoned attitude to both complainants and the ASA… It is possible to play the game and remove taboo words, not list conditions, and be more creative with language.

Good advice, on the whole, though we are a bit dismayed to see promoting a healthcare therapy in a way that is honest and decent and unlikely to mislead people who may be ill and vulnerable being described as "a game".