The Advertising Standards Authority (ASA) today published its adjudication on the second of our reflexology master complaints, following on from the first against Jackie Ginger Reflexology four weeks ago.

Our complaint was upheld on the three issues we raised as well as one the ASA themselves added.

The Nightingale Collaboration challenged whether the:

1. efficacy claims for reflexology were misleading and could be substantiated;

2. disclaimer contradicted, rather than clarified the main text on the website;

3. website discouraged essential medical treatment for conditions where medical supervision should have been sought.

The ASA challenged whether the:

4. efficacy claims in the testimonials could be substantiated. 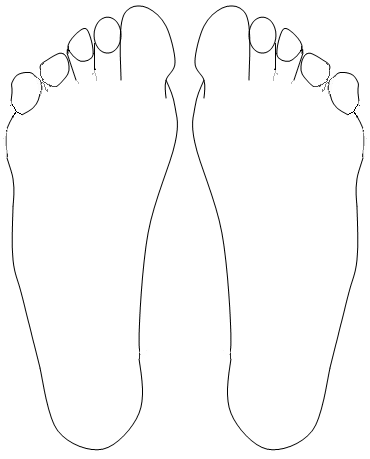 The ad on the website of The Reflex Clinic (www.reflexclinic.com)1 made numerous claims about reflexology and we doubted the advertiser held the necessary robust scientific evidence required by the ASA.

Their website has been completely taken down, but pages are still in Google's cache. However, we had taken snapshots of the pages we submitted to the ASA and their home page can be seen here. You can also see a comprehensive list of medical conditions mentioned in the ad in the ASA's adjudication. This included:

The Reflex Clinic were obviously aware of the ASA and even mentioned them in their ad in a disclaimer. However, the ASA were not impressed by it, deciding that the disclaimer contradicted the claims made in the main text and that, particularly in relation to the claims made for cancer, depression and auto-immune disorders, they therefore:

…did not consider the disclaimers were sufficient to ensure individuals were not discouraged from seeking medical advice.

Overall, the ASA found the website breached the CAP Code on 18 counts.

What is very interesting is that The Reflex Clinic said:

…they were a reflexology portal, offering reflexologists a fully managed website service, and providing information about reflexology to the public. They said they had 2,000 web pages nationally.

Since the website has now been completely taken down, that's potentially a very large number of claims that are no longer misleading the public.

However, we will be monitoring the website and will be looking at it closely if and when it reappears.

This adjudication adds to the ASA's existing guidance and previous adjudications for the advertisers of reflexology and there should be no excuse for anyone to making misleading, or dangerous, claims.

Of course, if they are in any doubt about what they can say in their ads, the ASA's free Copy Advice service is available.

An adjudication against Ionic Balance was also published today. Although this was not as a result of a complaint made by ourselves, it makes an interesting read.

Ionic Balance sell Power Balance-like silicone bracelets that they claim has all sorts of benefits including enhancing immune function, boosting metabolism, stabilising blood pressure and regulated serotonin levels. How does their product achieve this? Well, it doesn't have a hologram in it like the Power Balance; it has a tourmaline gemstone in it, which emits "negative ions, far infrared rays [ie heat] and alpha waves", apparently.

The advertiser provided the ASA with 28 documents that they believed substantiated the claims that "negative ions, far infrared rays and alpha waves" had beneficial effects on health. The documents fell short of the ASA's requirements for all sorts of reasons and the ASA obviously spent some considerable time wading through them. However, if tourmaline did indeed emit negative ions and heat, it may be a contender to resolve the world's energy problems as well as improving health. We won't speculate on the effects of a gemstone emitting alpha waves.

But there is no mention in the ASA's adjudication that the advertiser had provided any evidence that their product did, in fact, emit negative ions or heat or alpha waves, so it's not clear to us why the ASA even bothered with evaluating the 28 documents!

Regardless, the ASA found the ad breached the CAP Code on no less than 22 counts.

1 Not to confused with The Reflexology Clinic (www.reflexclinic.co.uk).